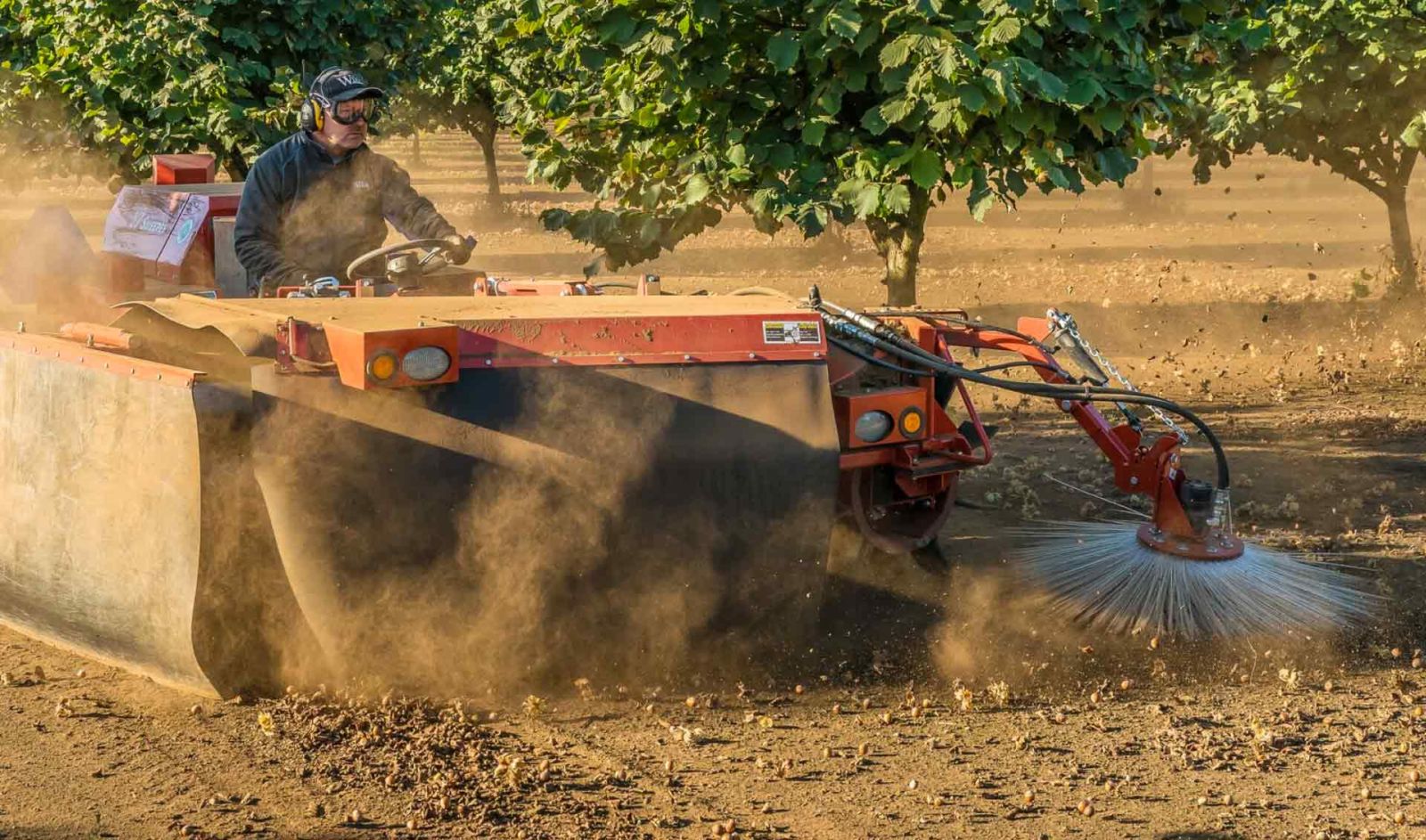 This is the primary variety traditionally grown in the Pacific Northwest. The percentage of Barcelona’s harvested continues to shrink each year as other varieties are being planted today. Despite challenges with filbert blight, there are many healthy and productive orchards important to the industry. Average harvest is middle October.

They are known for their large grade and oblong nut shape. The Ennis is a favorite of many, unfortunately, highly susceptible to blight and there are not as many acres in production. Their harvest time is similar to the Barcelona.

A common variety planted the past several years. The Jefferson has the Gasaway gene for resistance to eastern filbert blight. They are a larger nut typically harvested in the middle of October. (OSU Variety, 2009)

Also with blight resistance, these are a large nut harvested by the middle of October. They are known to have an exceptional flavor profile. (2011)

Also with blight resistance, the trees have a smaller canopy and are often planted at a higher density of trees per acre. They are harvested by late September and produce a smaller nut. (OSU Variety, 2008)

The Lewis variety is an ‘end of September’ harvest with smaller nuts, known for its high yields. It’s somewhat unique because it is a kernel variety released by OSU and heavily planted but doesn’t have the Gasaway gene so it is susceptible to filbert blight or EFB. (OSU Variety, 1997)

Also with blight resistance, they are typically harvested by the end of September and have a smaller kernel, or nut. (OSU Variety, 2014)

Trees are blight resistant and produce a smaller nut; referred to as a kernel variety verse the larger in-shell varieties. They are harvested by the end of September. Like McDonald, Wepster trees also pollinate each other which allows the farmer to have all production varieties and not need additional pollinators. (OSU Variety, 2013)

*For current information on varieties and best practices, the Oregon State University extension service is a highly recommended resource.