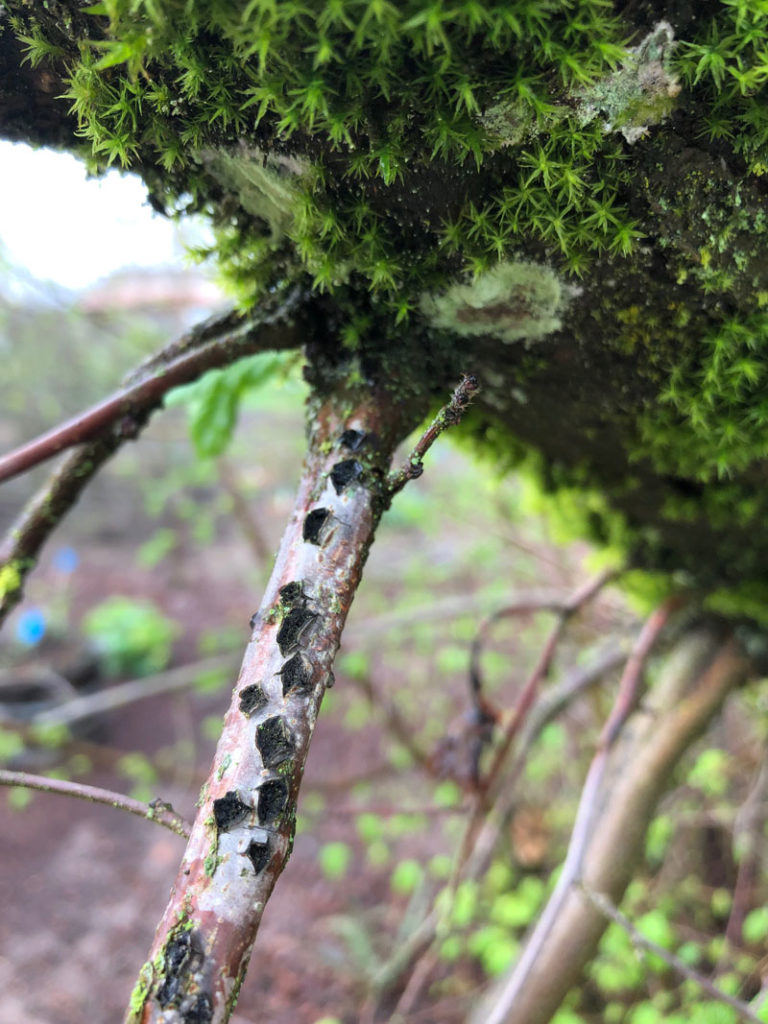 With the wet spring weather and new shoot growth, the time for Eastern Filbert Blight control is upon us. Many growers have applied their initial sprays already and are preparing for additional sprays. The first application is typically a contact material such as Bravo or Ziram.  Growers then transition to systemic sprays like Cabrio or Stratego. With frequent spring rains these products will help protect new growing tissue through longer spray intervals. Rotation of groups is beneficial for resistance management. While older orchards get the focus, many new orchards are getting one or two fungicide applications to maintain blight resistance and minimize other fungal diseases.

The target when spraying early season is both the cankers that are producing spores but more importantly the newly emerging shoots. EFB can only attack very young spring growth. Once the bark forms the stem is safe from new infection.  With a two-year disease cycle, new infected growth now won’t show cankers for several years.  Because of this, EFB is difficult to effectively manage just by pruning.

As we once again fire up our airblast sprayers, we urge growers to “Gear Up, Throttle Down”.  Lower throttle speed creates a lower fan speed which slows air and increases deposition. The higher gear allows you to maintain normal ground speed.  Low air speed and moderate pressure also creates fewer fine droplets, reducing drift.  Drift isn’t just important for keeping our neighbors happy, spray that stays in the canopy is spray that is going to work for you.  The fine droplets that shoot up above the canopy are not effective for control even when they fall back down on your trees. This becomes important again later in the season as we target filbert worm.

For questions about EFB or solutions, contact Morgan Curtis at 503-931-1476, or morgan.curtis@hazelnut.com