Hazelnuts will be processed for the first time this year at the new facility built by Wilco-Hazelnut Growers of Oregon. 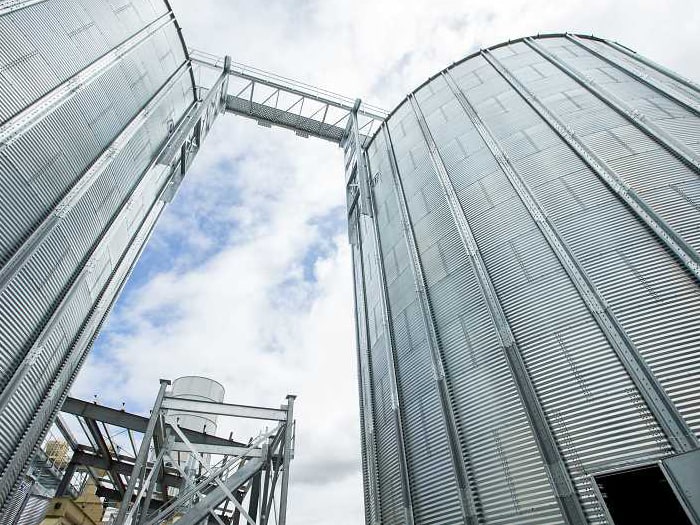 A new processing facility built by the Hazelnut Growers of Oregon cooperative is ready for the next crop of hazelnuts when harvest begins next month.

Work on the new plant in Donald, Ore., broke ground in 2016, shortly after HGO merged with the Wilco farm supply cooperative, which will also operate out of the new location.

A grand opening and ribbon cutting ceremony at the facility were scheduled for Aug. 15.

While the building and property are leased from a developer, the cooperative has invested about $20 million in equipment and other upgrades, such as food-grade walls.

The new facility has more than twice the capacity to process and store hazelnuts than the company’s old headquarters in Cornelius, Ore., and was designed with an eye for growth in the hazelnut industry.

Initially, the plant will operate at about 30-40 percent capacity but will likely reach full capacity in three to four years as more newly planted orchards mature, said Tim Ramsey, who was hired as Wilco-HGO’s new CEO last year. About 70,000 acres of hazelnuts are grown by roughly 800 Oregon farmers, with their crop’s value averaging about $100 million in recent years.

“How do we provide the best economic value to hazelnut growers and expand beyond commodity marketing?” he said.

To that end, the cooperative plans to begin rolling out four product categories made from hazelnuts under the “Oregon Orchards” brand in 2019.

Ramsey said it’s too early to disclose specifics about the product lines, other than they’re intended to fill “opportunity gaps” in the food retail sector uncovered during market research.

“The grocery industry is always looking for innovative products,” he said.

The products will be sold in Wilco’s consumer-oriented farm stores as well as other outlets, “from Whole Foods to Winco,” Ramsey said.

Though the focus of the new facility is on producing value-added hazelnut products, the cooperative will still process in-shell nuts and isn’t “picky” as to the varieties delivered by farmers, he said.

Hazelnuts will be sorted according to size and other qualities, which will determine their ultimate purpose.

In-shell varieties will continue to find a home at the cooperative but the growth will come from kernel varieties used in value-added goods, Ramsey said.

The cooperative is less dependent than its competitors on exports to China, which are currently facing a headwind due to trade tensions, he said.

While the company exports half as many hazelnuts as some other processors, it’s not impervious to the trade dispute since tariffs can affect the entire market for Oregon’s crop, Ramsey said. “It will impact everyone.”